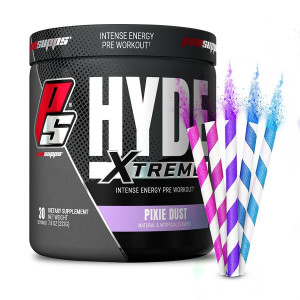 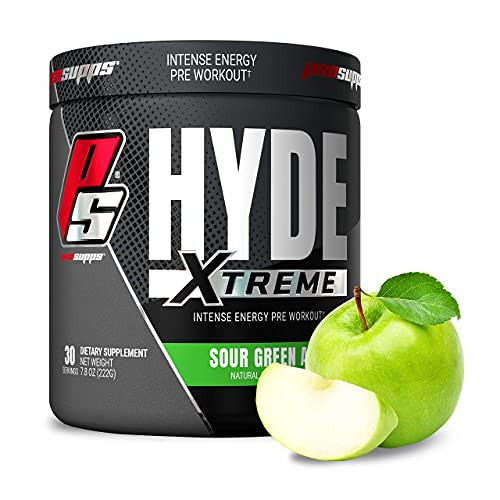 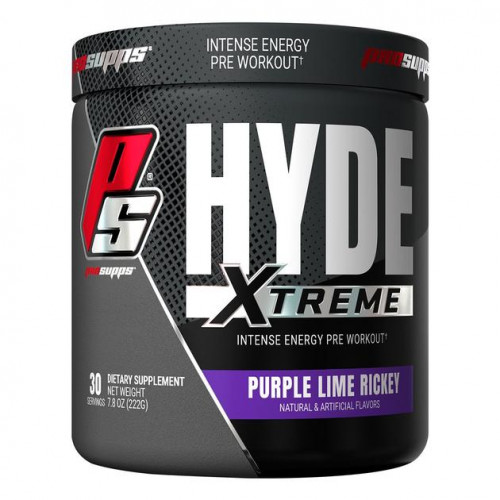 Nitrox is a unique formula rich in stimulating ingredients, nitrogen oxide boosters allow you to perform even the most difficult workouts. Pre-workout, rich in yohimbine and the patented TeaCrine® formula, increasing alertness and concentration. Beta Alanine, Creatine, Citrulline and Nitrosigine increase muscle performance and strength. The MR Hyde Nitrox extreme pre-training supplement is a high dose of energy during the day, excellent strength, super endurance and a muscle pump for long hours. The pre-workout supplement is recommended for both men and women. New formula in three unique flavors to choose from!

The main benefits of the Xtreme pre-workout:

Increased metabolism thanks to thermogenic ingredients

It promotes focus and increases motivation

Discover the ingredients of the MR Hyde Xtreme ProSupps pre-workout:

Beta Alanine - is essential for the production of carnosine and the building blocks of proteins that help prevent aging. The compound supports the proper functioning and development of muscles. The amino acid is known to reduce muscle fatigue, which can help your muscles work better during training. This, in turn, promotes muscle growth. Beta-Alanine is especially helpful in intense short-term workouts such as weightlifting. Some people taking beta-alanine may notice a slight tingling sensation known as paraesthesia. The tingling sensation occurs because beta-alanine dilates the blood vessels, allowing more oxygen and blood to be delivered to the muscles.

Creatine HCL - a highly efficient form of creatine that contributes to increasing physical efficiency, strength and muscle mass. Recommended for athletes and active people looking for an effective creatine supplement in the period of building their peak condition, which can be used even immediately before the competition because it does not cause subcutaneous water retention.

Nitrosigine - nitrosyline is a patented arginine and silicon complex that increases muscle performance. The substance significantly increases the production of nitric oxide, intensifying the feeling of a muscle pump. An advanced component of pre-workout supplements that increases blood flow and energizes for exhausting workouts.

L-Citruline Aspartate - participates in the synthesis of nitric oxide (NO) and phosphocreatine as well as oxygen metabolism of glucose, thus increasing the uptake of oxygen, glucose, amino acids and creatine and energy production by muscle cells. It reduces the concentration of lactic acid and ammonia in the muscles, allowing the body to recover energy faster by increasing the level of creatine phosphate and re-synthesizing ATP.

Choline Bitartrate - choline bitartrate is a substance necessary for the proper functioning and structure of every cell in our body. It occurs in the body in compounds called phospholipids, the best known and most abundant of them is lecithin. Phospholipids have many functions in our body, they build cell membranes and act as transmitters in the nervous system (most likely they are involved in "creating" memory). An important function of choline is its participation in the transport and metabolism of cholesterol and other fats - it reduces their deposition in the vascular wall and gall bladder, and also affects the work of the liver (also reducing fat deposition) and kidneys (regulates the amount of urine excreted).

L-Theanine - is a non-protein amino acid found naturally in green tea leaves - camellia. It has psychoactive properties because it easily crosses the blood-brain barrier. It stabilizes the mood, calms down, relieves symptoms of stress and anxiety. Also used as a nootropic agent - improving cognitive functions, work efficiency and learning efficiency. Researchers have proven theanine's effectiveness in increasing concentration, alertness and productivity, and the effects are already visible within the first hour after administration.

N-Acetyl Tyrosine - acetylated derivative of the L-tyrosine amino acid. Ordinary L-tyrosine is less stable and also less soluble in water, which can lead to reduced bioavailability. Acetylation increases the solubility and stability of some amino acids. N-acetyl-L-tyrosine supports the functioning of the brain by supporting the synthesis of norepinephrine catecholamines and dopamine (neurotransmitters).

Theacrine - is an alkaloid that is structurally related to caffeine and also activates similar signaling pathways. Under natural conditions, theacrine is most likely synthesized from caffeine and then stored. It is believed to be the most concentrated in Chinese tea Camallia sinensis, where it occurs alongside caffeine and theobromine. This substance effectively increases the level of energy in the body, and its action is very similar to caffeine, with the difference that it works much longer, shows a slower increase in tolerance and does not cause unpleasant effects. In addition, the substance does not increase blood pressure.

GABA - is one of the most important neurotransmitters of the central nervous system. Due to its inhibitory properties, it slows down the transmission of information to nerve cells in the brain. This causes a pleasant state of relaxation, an increase in mood, a decrease in anxiety. Adequate and intensive regeneration is the basis for high efficiency and optimal functioning of the body during the day. Gaba, as a natural amino acid, puts the body in a state of calm and relaxation, supporting the regeneration process.

Yohimbe Bark Extract - a substance that is helpful in the fight against the so-called resistant adipose tissue, located mainly in the thorax and lower waist areas in men, and hips, buttocks and thighs in women. Yohimbine works by blocking α2 receptors, which clearly facilitates slimming and is helpful in sculpting body parts resistant to slimming. It is worth remembering that the action of yohimbine is effectively eliminated by insulin. So taking this compound around carbohydrate meals is pointless. Yohimbine is especially effective when used on an empty stomach, before exercise.

Caffeine Anhydrous - is an anhydrous form of caffeine from the group of organic compounds. It blocks adenosine receptors in the brain, which reduces the feeling of fatigue during training. Due to its thermogenic effect, it effectively burns fat and improves metabolism.

Di-Caffeine Malate - stimulates the central nervous system and vegetative centers: respiratory, vasomotor and vagus nerve. It also has an excellent thermogenic effect and converts calories into heat, significantly increasing the metabolic rate. It evenly stimulates the cerebral cortex, which means increasing thinking efficiency and preventing fatigue. It lowers the risk of liver and colon cancer, and also stimulates the release of fatty acids into the bloodstream, which is why it is considered one of the ingredients that accelerate slimming.

Caffeine Citrate - has recently gained popularity in the fitness community as it raises blood caffeine levels faster than other caffeine sources.

1 scoop 30 minutes before training. The first portion of ½ scoops to test the tolerance to the active ingredients. 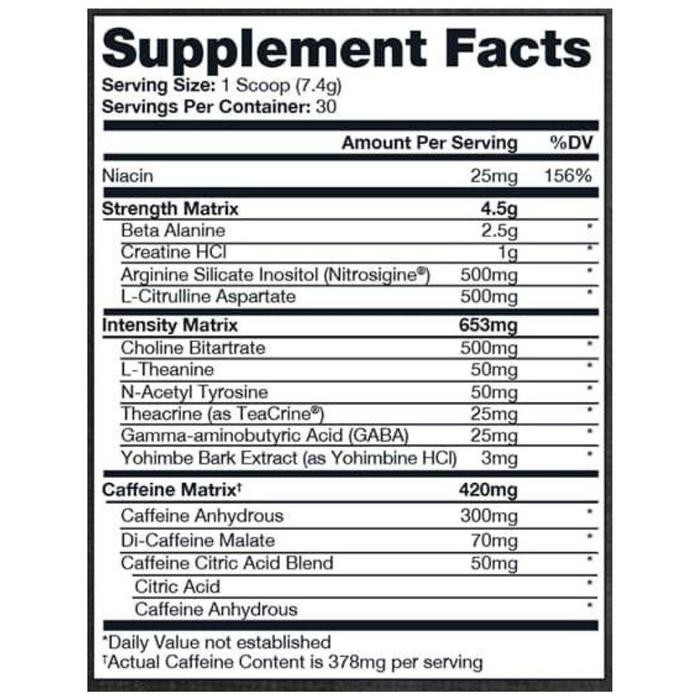 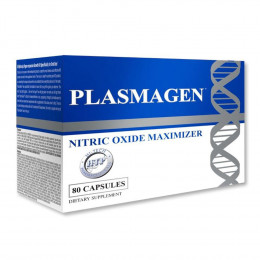 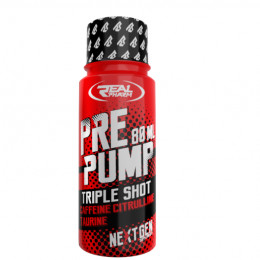 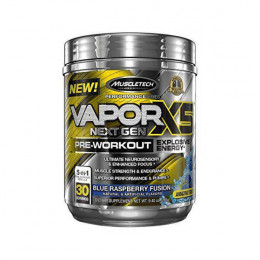 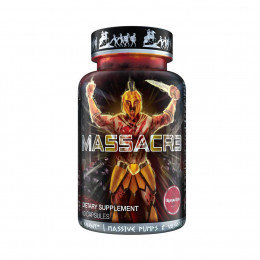