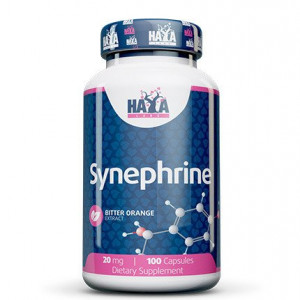 Haya Labs Synephrine - this is one of the best tested thermo... Zobraziť viac Rate: 0,0 (0 rates)
Category: Fat burners Package: 100 cps
On stock 2 pcsNew
All in stock
Free shipping over 130 EUR
We ship within 24 hours
Gift for each order

Haya Labs Synephrine - this is one of the best tested thermogenic substances on the market that resembles ephedrine in its structure. Unlike her, however, she doesn't show such a long list of side effects and negative well-being.

Synephrine is one of the most popular components of elite fat burners and it is largely responsible for their action. There are many thermogenic products on the market that effectively reduce body fat, and synephrine in various forms is the substance that connects them all. Its effect on fat loss has been proven many years ago, and the popularity of this compound is still increasing primarily due to its high effectiveness and relatively low risk of occurrence of such effects as headaches or impaired well-being.

Citrus fruits are a natural source of its origin, especially the so-called bitter orange. It contains the most active substance and often also in this form synephrine is found in supplements. Synephrine Haya Labs is a source of pharmaceutical quality of the hydrochloride, thanks to which we deliver to the body only the active substance, and this of course is associated with higher efficiency. The use of synephrine is much wider than just as a fat burner. It can cause increased endurance in training, increased energy, but also be an important link in the treatment of colds and asthma symptoms.

Synephrine is a component of the popular slimming stack, it works synergistically in combination with caffeine and yohimbine hcl.

Dosage: use 1 capsule 1-3 times a day on a empty stomach. 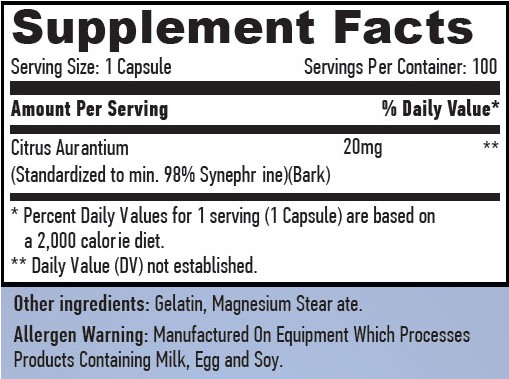 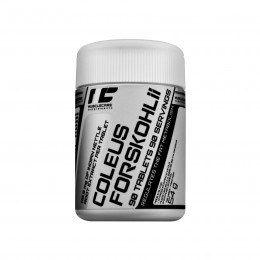 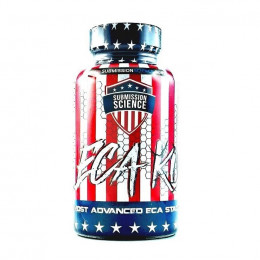 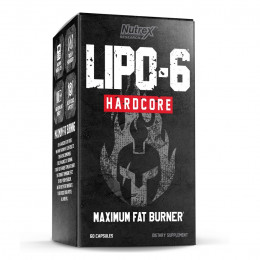